In 1972, at the age of 25, Gianni Versace moves to Milan where he starts to work as a designer. In 1978 he creates his first collection, "Gianni Versace Donna". During the eighties his creativity as a stylist is widely acclaimed and recognised. He is viewed as an ambassador for Italian fashion throughout the world. 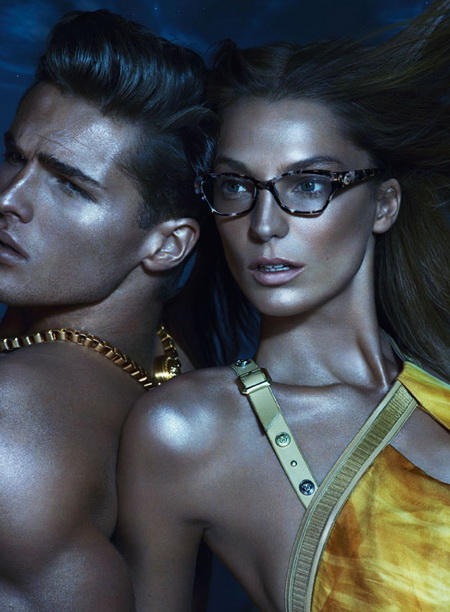 After the untimely death of Gianni Versace in Miami in 1997 his younger sister Donatella Versace took over the creative side of the Versace Group. Prior to his passing she assisting Gianni in supervising the photographic campaigns instrumental in defining the advertising style of Versace that is so well known now around the world. Having always been consulted by Gianni when he made important decisions, Donatella moved into design of accessories, and created Versace Young, which is the children’s line of Versace.

Versace eye glasses are endorsed with the symbol of Medusa - a stylized version of which has become their iconic logo. This symbol was used as it was considered as seductive, historic and classy. It wasn’t long after its introduction that Medusa became the spirit of the brand itself. Many celebrities wear vintage Versace including Lady Gaga, Rihanna, Amber Rose, Big Sean, Wiz Khalifa and many more

The Versace eye-wear range is targeted towards the young and young-at-heart and includes both sunglasses and optical frames. What makes the Versace eye-range unique are the infinite number of styles, shapes and colors that are available to match the needs of people from all walks of life.